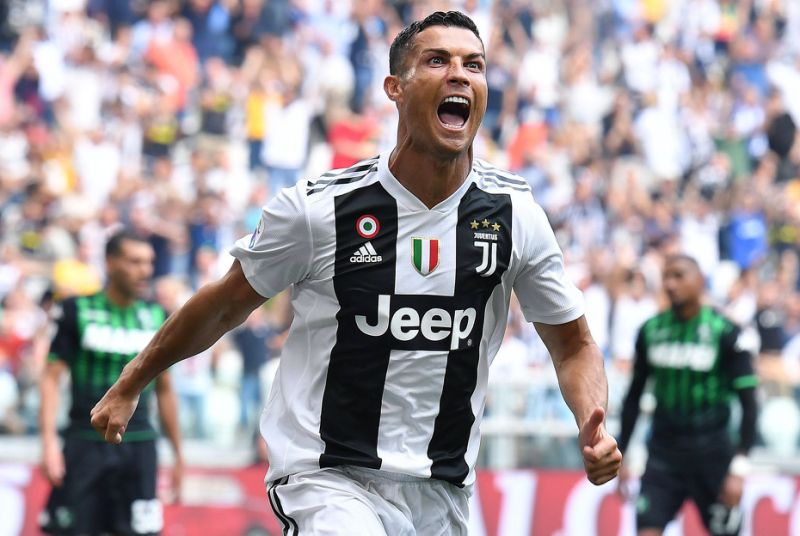 Ronaldo is more than a GOAT

Hello everyone, today i’ll be discussing an athlete who has brought a new level of excitement to the Italian Seria A. He is no other than Cristiano Ronaldo aka CR7. His transfer to the Italian giants Juventus in 2018, did not only come as a shock to many but also brought about a renewed level of excitement to many fans of the Seria A.
How does the signing of a world star player like Cristiano Ronaldo financially influence a big club like Juventus? Analytics firm KPMG Football Benchmark has a few interesting findings.
The Portuguese star has been a huge success for Juventus on social media. The growth in number of followers is significant.

After the summer arrival of Cristiano Ronaldo at Juventus, the Bianconeri are profiting from the deal on the field as well as off it. The Italian champions have reached 20 million followers on Instagram, a growth of 99.57% from the arrival of the Portuguese phenomenon at the Allianz Stadium.

This number means that Juventus are ranked fourth in the standings of European clubs on the social media platform. The growth of Juventus on social media has been exponential since July when Ronaldo landed in Caselle. And as mentioned, Ronaldo is indeed a phenomenon on and off the field, ‘gifting’ Juventus almost 10 million more followers in just over five months.

The Cristiano Ronaldo effect: Juventus gained 6 MILLION social media followers after mega-move… while a million Twitter users unfollowed Real Madrid within 24 hours of deal
Cristiano Ronaldo has huge lure and many of his loyal supporters move with him
Social media stats show impact megastar has on a club after leaving Real Madrid
Juventus have 35million Facebook followers and boast 6.2million on Twitter
Cult-like following of Ronaldo reduced Real Madrid’s support on social media.
Although his goal tally was low measuring by his usually standards as he had a goal tally of 28 goals in 43 matches, but it was just enough for him to be named Seria A player of the year.
But one thing we can all learn from this, is that asides the quality of football played on the pitch, it is also important for clubs to bring in players or personalities who have the ability to attract fans to the club, which in today’s world is important in the marketing of their jerseys and other merchandise. It also helps to improve the sum that could be potentially made from TV rights. Which will help the growth of the clubs annual revenue.
Beyond just Ronaldo, their are many Digital Marketing tricks and strategies that could be deployed in growing your sales and revenue across various channels. From Facebook Ads, Google Adwords, Instagram Ad, Seo (Search engine optimization) and Email marketing etc. There are always secrets that could help increase your numbers, which sometimes involves just spending a little but getting quality results in return.

Become a WEB DESIGNER/DEVELOPER in 8 weeks

Our certificate in Digital Marketing course has been specifically designed to take participants through the online marketing tools, assets, and techniques to help individuals and businesses improve their customer value proposition and achieve their marketing and business goals.
This is a step-by-step Digital Marketing Training Course that actually works where you will get 90% practical and 10% theoretical training with 1 year after-training support, coaching, and mentorship from experts with both local and international experience (the Best in the Business).

Benefits
It improves your opportunities when hunting for Jobs.
It provides you a viable platform to conveniently switch jobs and industries
Digital marketers are highly valued in the industry
You become highly skilled and competent for the digital era

This course has been designed to cover the following topics;