Newconnect Web Developers > Blog > Latest Blog > Burna Boy is taking over, and this is why 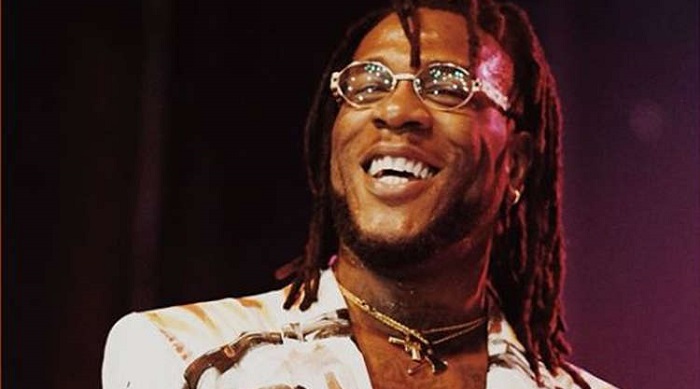 Burna Boy is taking over, and this is why

Hello everyone, today my discussion will be centered on an Afro Beats sensation, whose music has been trending and topping charts with some valuable lessons we all can learn from his career.
Damini Ebunoluwa Ogulu (born 2 July 1991) but known to most people as Burna Boy, is a Nigerian Afro-Beats singer and songwriter.His rise to stardom started in 2012 with the release of his single “Like to Party” which was later followed by his debut studio album, L.I.F.E (2013). Later in 2017, Burna Boy signed with Bad Habit/Atlantic Records in the United States and Warner Group internationally. He will later go on to release his third studio album titled “Outside” which also marked his major-label debut.
Burna Boy has won many awards both local and international, he has also performed in sold out shows across the world which includes, London’s O2 Academy Brixton on 7 October 2018. and more notably, On 3 January 2019, he was announced alongside Mr Eazi as one of the artists performing at the 2019 Coachella Valley Music and Arts Festival.

But what can we learn from the man whose part to success has not been without it’s own fair share of ups and downs? Below are few things we believe we can all take from his rise so far

BRAND ORIGINALITY
Whenever you hear a Burna Boy’s song on radio or sound system, it wouldn’t take you more than a few seconds to identify his voice and singing pattern. And this is because he doesn’t try to sound like Wizkid or Davido. He has put in so much work over the years in carving a niche for himself. He strives to maintain his brand identity while he is never afraid to incorporate a little bit of trendy sounds without losing his own unique vibe. And this has paid off as he now enjoys a very loyal following not just in Nigeria but across the world. People are now beginning to see more beauty in his approach to music. You will agree with me that, he is just different from the others in every way you choose to look at it.

Many companies/Start Ups We’ve worked with at NEW CONNECT often approach us with the idea of just copying an idea they saw somewhere and paste in their own concept. Without considering if it will harm their own brand identity. They also fail to understand that no one will ever truly appreciate you if you’re just an imitation of the real deal everyone knows. This does not in anyway mean that it is wrong to borrow some ideas that are trending or that people have fallen in love with. But in doing so always strive to be original. Create your own brand Identity that will be unique to you and stick to it.

SELF DEVELOPMENT
Anyone who has been following Burna Boy over the years, will surely agree that he has really improved in many areas. From his lyrics to his delivery,and even to his Stage performances. You can feel the energy in his performance on stage, and you’ll agree with me that it is a great leap from what he used to be. There is no better way of summarizing it than self development.

Many graduates stopped developing themselves the moment they left the four walls of their Universities. They believe that, by just having a great looking first degree, it is no longer important to learn any new skill neither do they need to take any course to get them up to speed with more sophisticated knowledge, that could better position them for greater things ahead. This will eventually lead to stagnancy and on the long run, make them lose key career opportunities that comes once in a lifetime.
So try to improve and develop yourself, either by learning a craft, Web Design and Digital Marketing, or by taken a professional course to enhance your career. On the long run it will pay off, especially if you plan to be financially stable.

CONSISTENCY
No one can claim to always be at his/her best, and in this case not even our very beloved Burna Boy. It is normal that a few materials that were released might not have met up with people’s expectations. But Burna Boy has always tried to raise and maintain the level of his game. Either with his own singles/albums or collaborations with other artist. He is very consistent, but you know, it will be difficult to be consistent if you don’t have a set goal. A goal that drives and pushes you to maintain or surpass previous standards.

So my question will be, that as an entrepreneur/graduate, do you have a set goal? Do you strive to beat your achievements of yesterday? Or do you just sit there and procrastinate waiting for the perfect time, of which there will never be. Saying to yourself “what will be will be” in other to justify your inaction’s or lack of having clear cut targets and set goals. Because it is only when you begin to have targets that consistency begins to creep into your mentality.
So stop saying “very soon I will” and start doing those things today. Go all out in the pursuit of a better future as even Burna Boy sang in his hit song “Dangote still dey find money, who i be wey i no go find money”. He is making it clear to anyone who cares to listen that he is not slowing down anytime soon. So before you continue in self deception, always remember that even the great Dangote still dey find money.