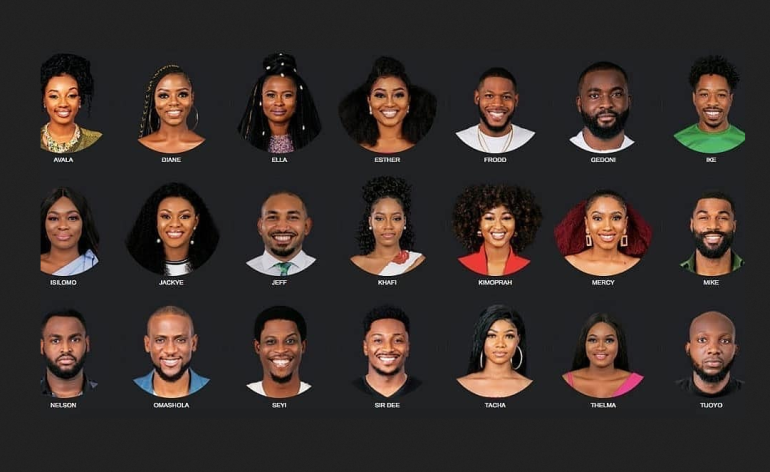 BB naija and the rise of reality Tv shows in Nigeria

Hello everyone, if you have a television set or an at-least an internet enabled device, then you must have come across a reality TV show which is called Big Brother Nigeria or BBnaija. This is one of many Reality TV shows that are sprung up in the last few years. Linda ikeji the popular Nigerian blogger has also recently launched her own Themed “Made in Gidi”, with a few other entertainment companies who have giving it a go. Some have been close to successful and many others flopped for one reason or the other, sometimes ranging from poor planning, weak brand perception or lack of sponsorship etc.

Despite the not so friendly economic situation in Nigeria today, BB naija has managed to retain its solid and unparalleled lead in the reality Tv show business.
For example, a lot goes on during the BBNaija show. Everyone is aware that viewers must vote if they wish to retain or evict their favorite housemates. There are 3 ways to vote on the platform; online (mobile site, website) and offline (via SMS). The former is free while the latter costs ₦100 ₦30 per SMS vote. We can take a cue from the 2017 edition where Premium Times reported that, the 2017 edition of BBNaija recorded 26 million votes in the final week.
The third season of the reality TV show, Big Brother Naija “Double Wahala”, may have made also made billions from viewers. As the host of the show, Ebuka Obi-Uchendu, revealed that over 170 million votes were cast in the course of the season, 30 million of it coming in the final week.

Although commentators on social media are suggesting the show may have raked in as much as N5.1billion, that claim could not be independently verified by this medium as we believe that not all of the votes would have come in the form of the paid SMS method of voting.
You must have also noticed the text messages that constantly roll through the screen while the show is on. These cost ₦50 per SMS. Again, let’s do some maths. If in a worst case scenario, only 1 million viewers send such messages on a weekly basis, that’s a potential ₦50 million for the show organizers and third party facilitators (Telecoms providers).
So which ever way it is, the show could be easily described as a success and money maker.
This is due to a number of factors but to keep this post short but educative, we’ll only discuss 2 of them.

Branding and Publicity:
There are not so many TV shows in Nigeria today, that has the pulling power, or should i say, the ability to attract millions of viewers everyday for up to a period of 90 days that the show airs on TV. And this is not far from the fact that the organizers of the show which in this case is Multi Choice who are also the owners of Dstv and Gotv in Nigeria, put in a lot of effort in branding and promotion of the show. From radio to Tv ads, alongside a massive campaign on online. Even as the show airs for 24 hours a day, a lot of people spend a sizable chunk of their time as the show also has its own dedicated channel. They try to not just package the show in the most organised way possible but they also ensure that they build so much hype and fanfare around the show, before, during and after the show airs. They partner with media houses to constantly discuss issues around the show to ensure it appears on every media platform available. As you must have also noticed that after any contestant is evicted he/she immediately embarks on a media tour to discuss their experience in the house and possible stir up some more drama or controversy which will in turn boost the viewership of the show.

Planning and Business Development:
The show received a massive amount of criticism in 2018 for being called Big Brother naija, yet it was at that time fully produced in south Africa where the organizers had claimed they had their production facility. But to swiftly respond to that criticism, they opened a new facility in Nigeria so as not to appear stubborn or insensitive to the yearnings of Nigerians who wanted it to be done here in Nigeria. But above all this, one of the smartest things the organizers have done overtime in their selection of the contestants/housemates is to smartly look for people who you could describe as semi-celebrities or people who have good rapports with already established celebrities. Without mentioning names, you must have also noticed some housemates who are very popular on instagram or have been pictured with some notable names in the entertainment industry before being selected to participate in the show.

This for me is a smart business move as the show relies on viewership to be profitable, as sponsors like payporte who where the main sponsors of 2 editions and more recently Bet9ja, are only interested in putting their monies into events or programs that could give them brand exposure which would in turn help in the growth of their sales. And one smart way of doing this, is to target people who have thousands of instagram or facebook followers

This figures above also means that, as soon as they enter the house they would like to use all their social media platforms to solicit for votes, while those ones who are connected to big name entertainers would also receive support or should i say backing. That way many of this celebrities also utilize their social media handles to help sway their followers who are in their millions to vote for their preferred candidates. The celebrity unknowingly has become a Digital marketer/advertiser of the show, but in this case for free.
This is as a result of what we can call “Strategic marketing” in business, and that could have only happened because they must have employed the services of a business development team who must have taken their time to research and then advice the organizers on the best ways to fully profit from the show.